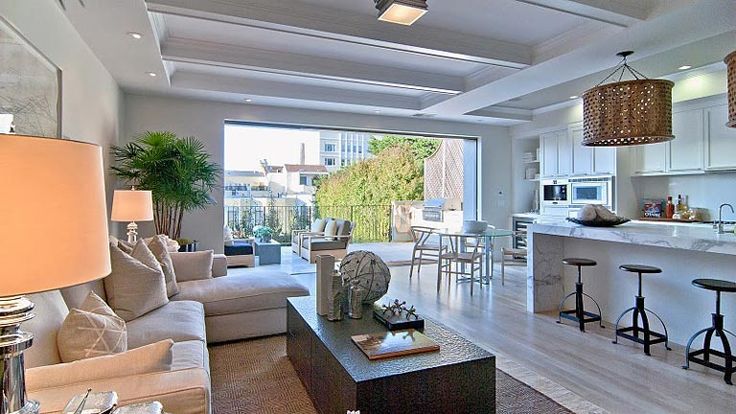 We start the discussion from a kitchen design which is showed in the picture below. There is large kitchen which has bar concept. This kitchen bar is so large and this room also belongs to living room because there are some sofas and table put there. This kitchen bar room has a large nano door. Outside the nano door, there is a large balcony which is used for relaxing with some chairs and table. Let us see the other room which has nano door, this time we go to dining room. This dining room is kind of big dining room with large dining table and has some dining table chairs. Thus, behind the dining chairs, there is a large nano door with glass door design.

Instead of dining room and kitchen, a living room can also be built with a nice nano door concept. This sample showed in the picture, there is nice simple living room which has wooden flooring and small sofa with black small table, and it has a large nano door with large and nice view. This nano door is also a large balcony which has metal deck railing concept. Most of nano doors are built on the second floor of the house, the aim is to get the best view from the top of the house.