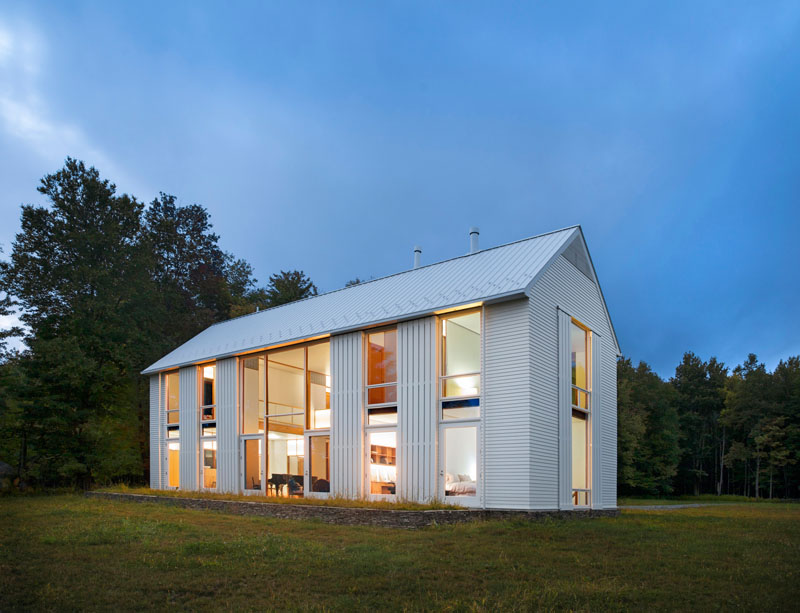 Modern farmhouse designs are interesting to pick if you’re really interested in something classic and barns in your home. Unlike the conventional farmhouses, modern farmhouse has been modified by adding modern touch to the architecture, exterior, interior, furniture, or even just the material and tone used.

Fortunately, I’ve collected ten best ideas of modern farmhouse that could probably be your new references or inspiration. Just scroll down your cursor, and see what adorable the ideas are. Let’s check them out. 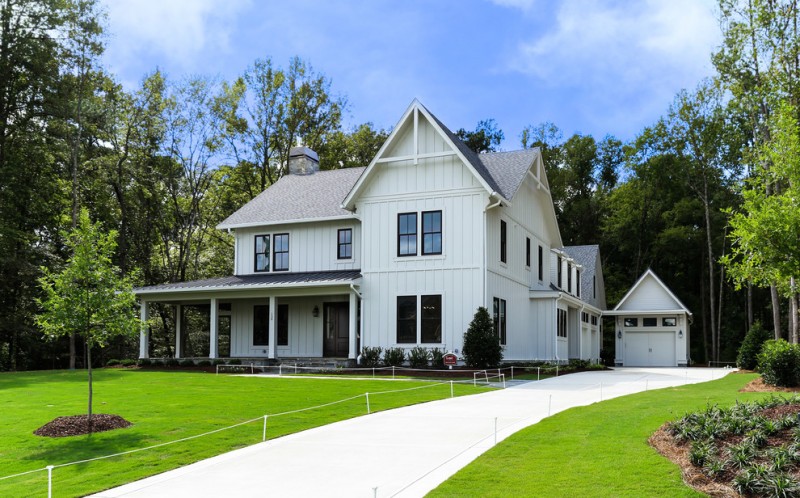 This modern farmhouse exposes the dominance of white and dark scheme as the color accent. Based on the size, I conclude that the house is built for large-party family with their ‘busy’ activities. The exterior, in addition, has been equipped with several large modern windows and enclosed patio. 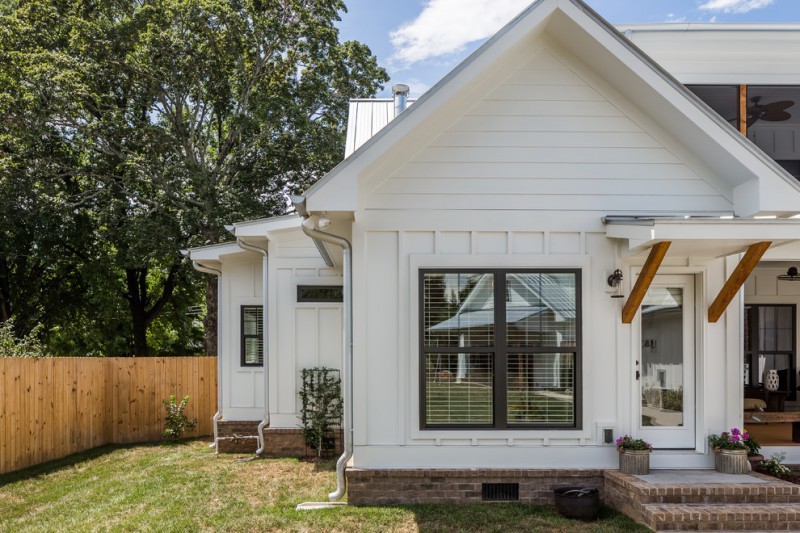 The facade still uses traditional plan, but the exterior features like windows and door are designed in modern style. It’s obvious that large glass and modern trims become the real manifestation of modernity found in this house. 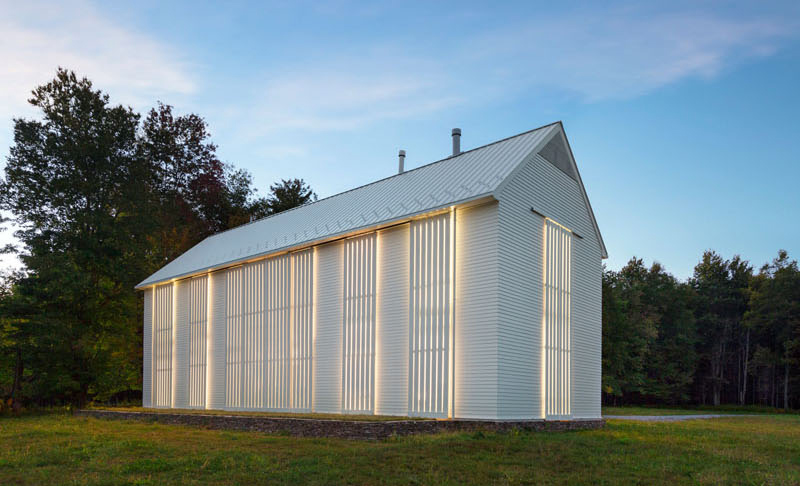 Physically, the house looks like a white box accented by arched roofs. It’s also clean lined and simple, reflecting what modern style looks like, but the removable wall panels here amazingly realize us that they’re operated by high-tech device. The panels can be slide in and out to cover or to uncover the large windows.

This is another version of previous modern farmhouse design. Here, some large glass windows are exposed, displaying warm-lighted interior spaces. The thing that makes me adore more this house is the paint color applied on the house exterior. It still uses the original farmhouses’ scheme, white. 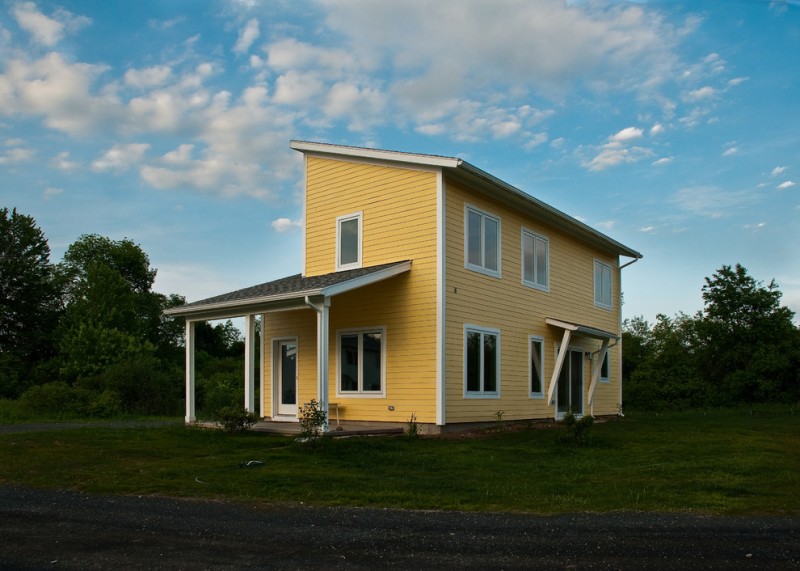 It’s clear to see that this farmhouse exterior is highlighted by a beautiful sloping shed on roof. The shed is the best quality PV panels, displaying another modern touch after the entire structure. Lots of windows here are also the owner’s idea to practice energy-efficiency through optimizing more the solar gain and natural light. So creative and echo-friendly! 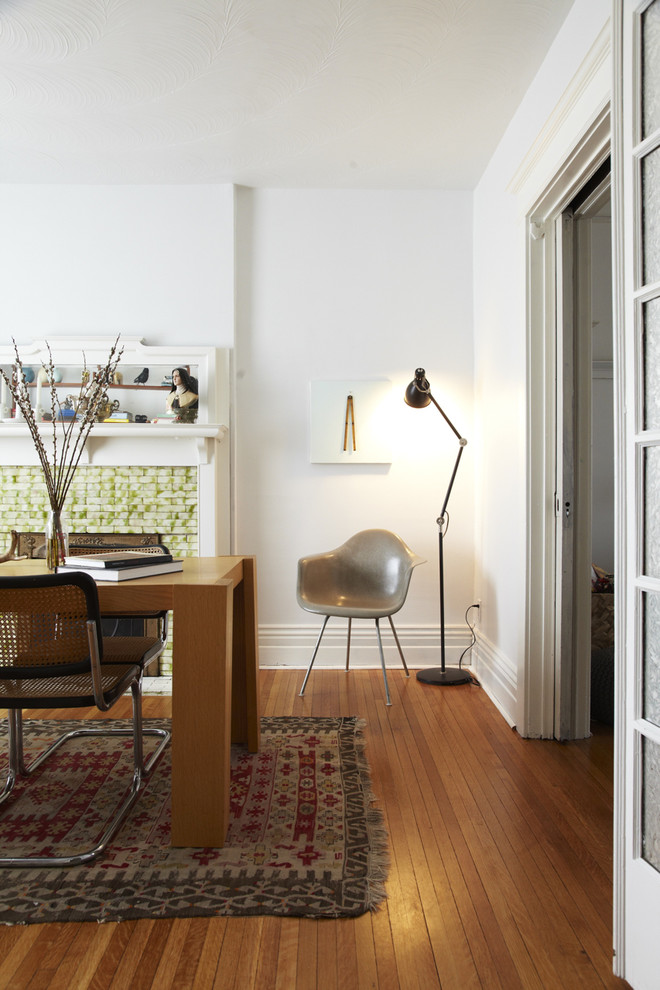 Now, we’re moving on interior part. This is just one of the interior corners where we find a cozy home office and a tiny reading nook. All interior looks so modern, but not the area rug that still showcases the original vintage. 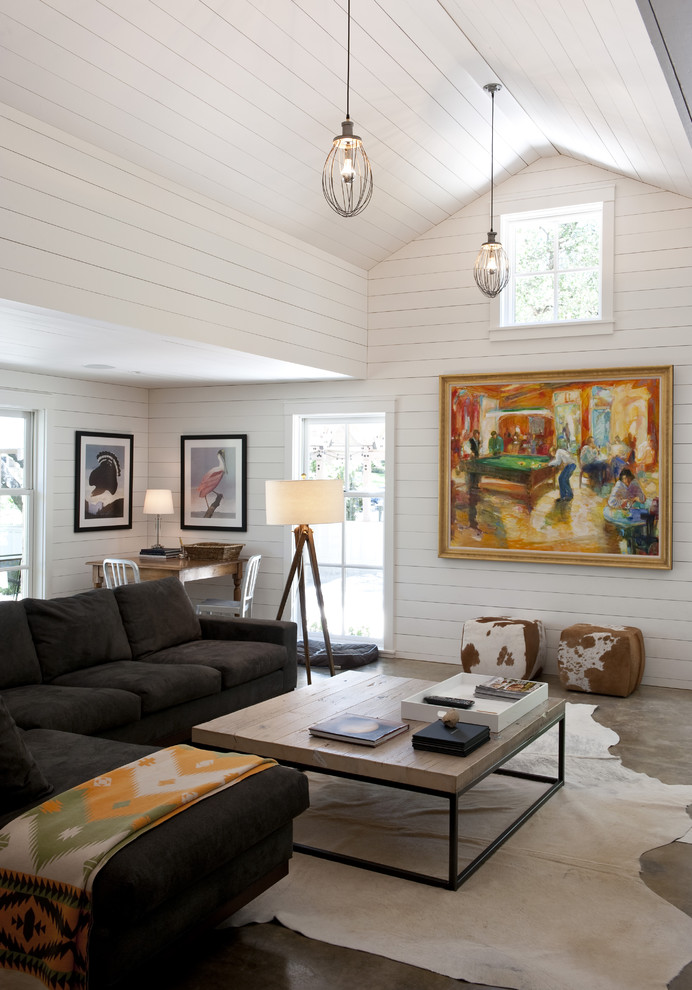 Small modern living room with existed farmhouse interior. This is a great idea to mix modern and traditional farmhouse. Take a look at the furniture, all pieces are in modern, including these modern cowhide ottomans. 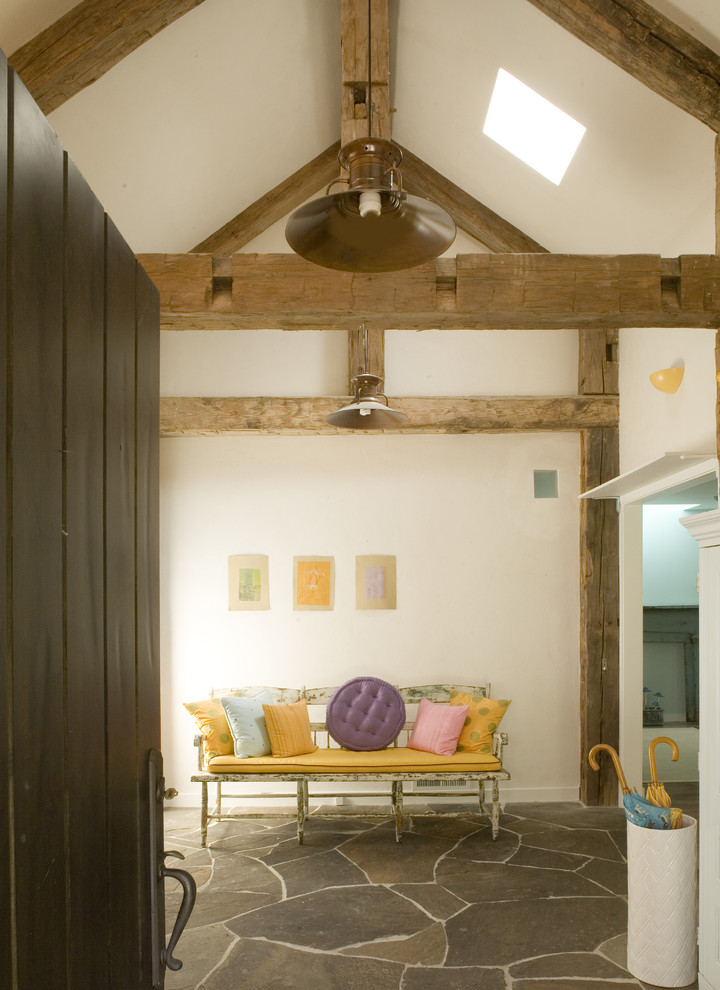 What a lovely ceiling beams! Those are truly original farmhouse feature. Here, the designer adds slate flagstone floors for a traditional appeal, while the clean-lined wall exactly emphasizes the clean look as what modern style performs. 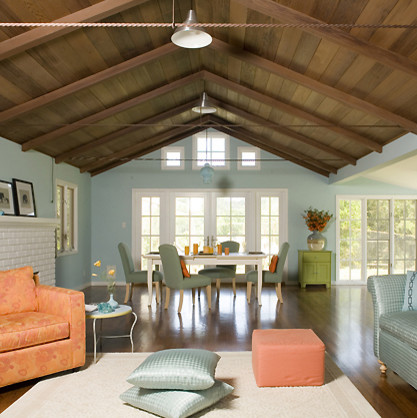 Custom bathtub in square shape that put exact on side of minimalist window. From this angle, I assume both bathtub’s and window’s design brings the modernity, and the window’s skirt is so classic. An inspiring hallway with a large window as the centerpiece. The ceiling beams are also charming, a nice complementary element rarely found in most numbers of farmhouse.