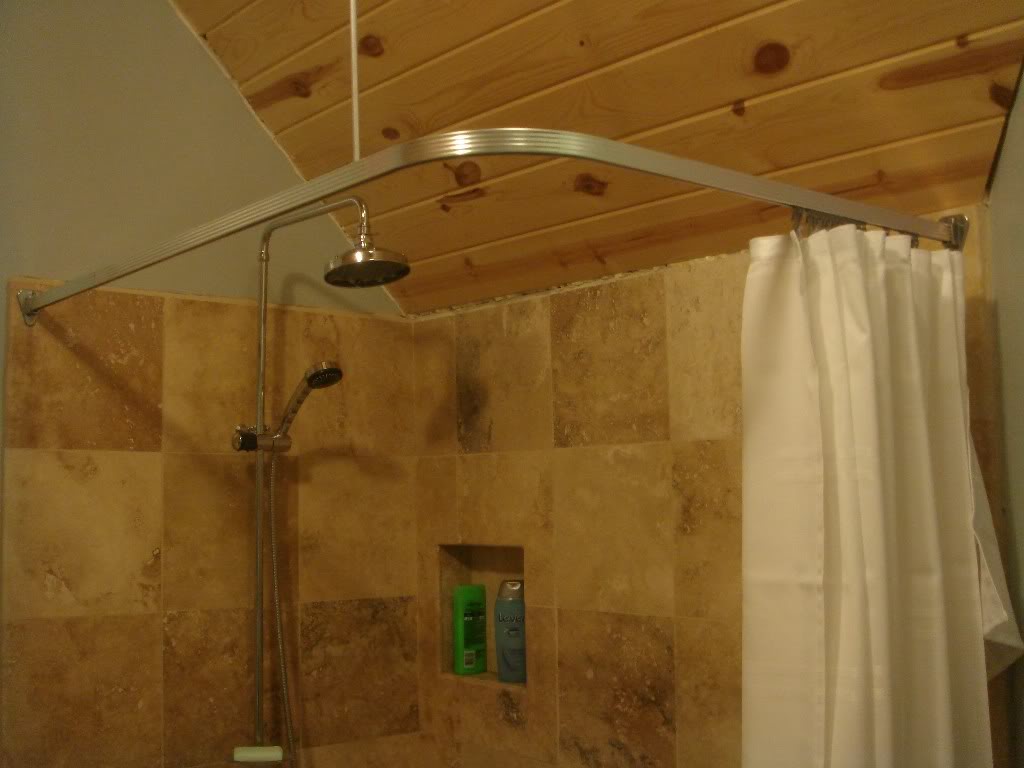 When you see the designs, you must be amazed that among of them have beautiful designs that can be best solution to afford the dramatic and unique designs of bathroom. Many common shapes of ceiling mount shower curtain rod are easily to find. They are circular (oval), rectangular, straight, no-angle, curved, curved double, straight double, and half-oval shower curtain rod.

Rod materials, commonly, are the metal kinds such as brass, chrome, and stainless steel. To make them strong, the rods are supported by hardware and four ceiling support features. A few of rods have single support feature to keep the curtain on the rods. If you are interested in having a private shower with curtain feature, one thing that you must prepared is the type of curtain rod that is going to be used in your shower room. To make you clearer about the rods for shower curtains, the following is the list of ceiling mount shower curtain rod.