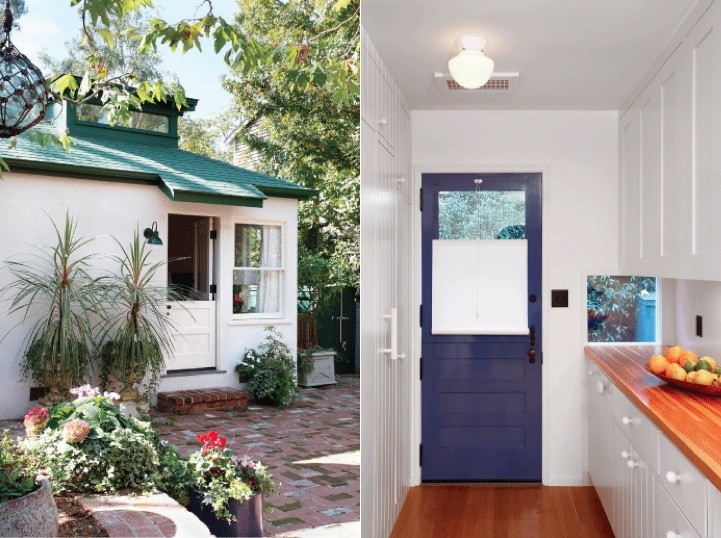 When we are talking about a door that splits: opened section is to welcome everyone who wants to visit and the closed section is to keep private and protecting, it must be Dutch door hardware. This type of door has a panel that is divided into two sections: top section is usually opened to let sunlight and breezes entering the room, while bottom section is closed to keep the privacy. The bottom section will be opened when it is used as entryway. The owner can open both sections if needed.

Dutch door hardware appears since the agricultural history. Now it re-appears and is used for modern living. It always looks stunning and unique either as the front door or as the back door or even as the room divider inside a house.

Dutch door hardware has connecting feature in the center (between the top and bottom sections). The feature connects both sections, so when it is locked, both sections act as one panel or hardware (posing as a solid door). May be you want to ask where does it come from? Is it originally from Netherlands, so it is called as a Dutch door? Absolutely yes. The door exists since 17th Century in Netherlands. It is used as the front house of a farmhouse. The opened section is aimed at allowing the animals out, while the closed section makes easier for children to in or out.

Then some years ago, Dutch door style was brought to US and appeared in rural areas of New York and New Jersey. The style, then, migrated to the cities. And now you can see that a Dutch door hardware is becoming the part of home designing styles and architectural.