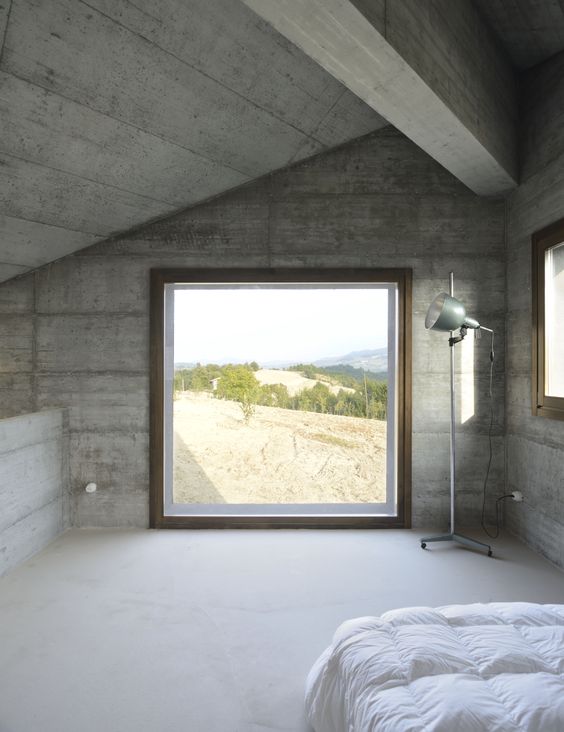 Generally, brutalism-style constructions are inspired by geometric, blockish, or all repeated shapes without ornaments. Not all brutalism-constructions are made of raw concrete; there are a few of them are constructed from other kind of heavy materials such as heavy steel, brick, and hard stone. A construction can have brutalism quality simply through hard and heavy material choice. Well, we really sure that our readers really want to know more about this style and how to implement it in current days. Here, we just shared ten great ideas of brutalism home decorating ideas probably would be your inspiration. Just scroll the page down and be ready to get a big surprise. 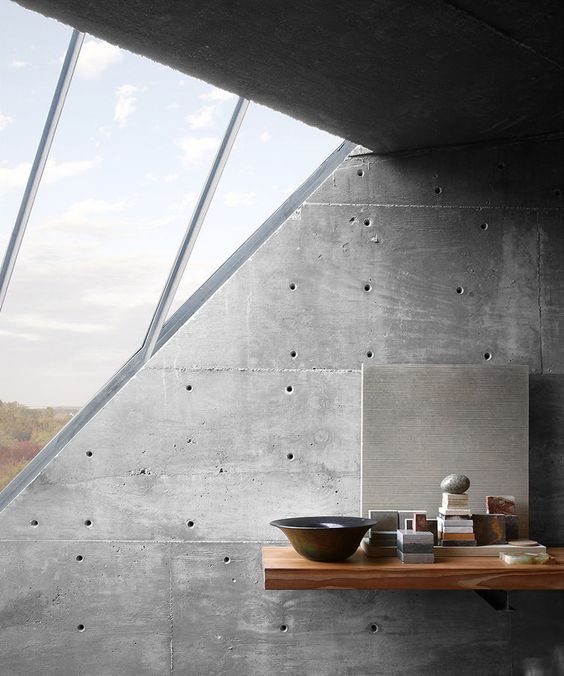 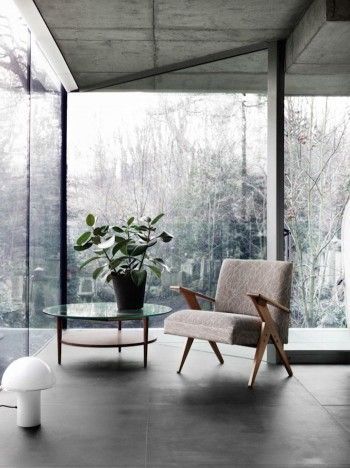 The space is dominated by glass paneling but we’ve found concrete finish in ceilings and floors even though in different type of finishing. It would seem so perfect if we furnish this space with something clean-line and simple to create a modern and minimalist appeal. 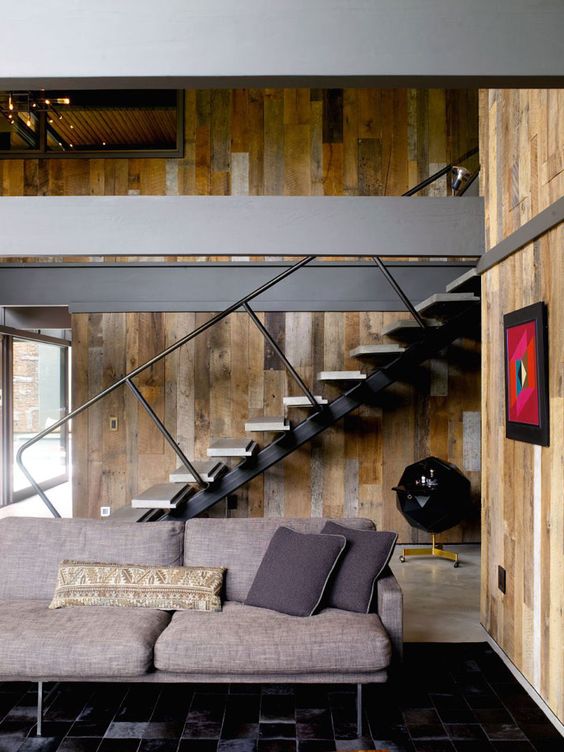 An ultramodern living room with exposed Brut-infused appeals. Brut style is obviously showcased by heavy steel interior staircase. The designer brilliantly combines this heavy metal finish with wood pallets to give a warm look and to reduce the sense of rigid look previously presented by steel. Still about the exposed concrete; this bathroom feels so elegant and cozy even though there are less color shades involved to. Personally, we really love the color combination: light gray- white crisp. The colors give light, airy, and minimal look. The curtains give more dramatic feel.

One of most recognizable characters of Brutalism architecture is there is geometric implementation, especially about the shape. Like this idea, there is a giant square-shape window in bedroom and it beautifully framed with hardwood – displaying a well-planned & symmetric look in space. This is what Brutalsim style wants to tell. What’s about the exterior? The designer uses the similar concept: inserting geometric shapes into the Brut-style exterior like this one. The difference is most Brut-designers love exposing warmer feel that can be visually accessed from outside. Just through these square-shaped glass windows, the coziness & warm-feel interior space exactly could be seen by everyone. Perfect! 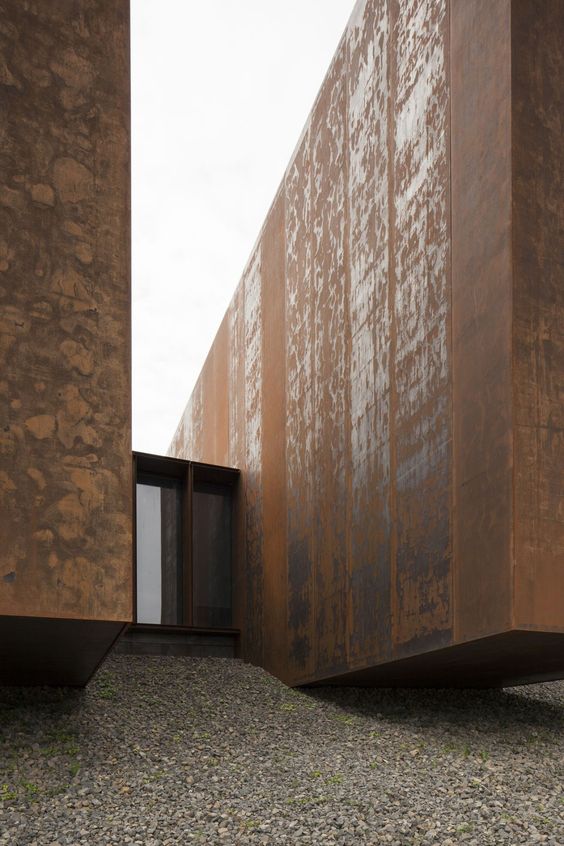 The real Brutalism architecture – every single part of exterior presents heavy materials what Brutalism idea says. Here, we clearly find heavy & rigid steel as the main construction and it’s supported by piles of small stones for base. There are some glass windows as the building connecter – at least giving a different look viewing something lighter. Minimalist Brutalism kitchen idea with glows of gold-finish. Just give a little bit touch of gold tone to make this space more elegant and colored. Inspiring! This is one of Gallo-Roman Museum’s rooms that clearly displayed Brutalism interior decorating idea. Overall design is so futuristic showcased by window shape choice and glass panel on it. The layout of furnishing pieces also supports this concept (there is a package of furniture is set facing out the view outside; it feels like in Star Wars movie).