Inspired by a professional interior designer, Mandy Cheng, we proudly share some great ideas of how to redecorate the interiors with vivid and fresh plants. The designer really knows all things about the style of interior decorating and plant treatments for homes. As greenery lovers, you must be so excited to read this page and we really sure that this will make you easily to get inspired.

Great idea! Collaborating three different elements in one frame: greenery, patterned linens, and leather finish. Each element gives powerful impact to another, but amazingly those never lose their own character. 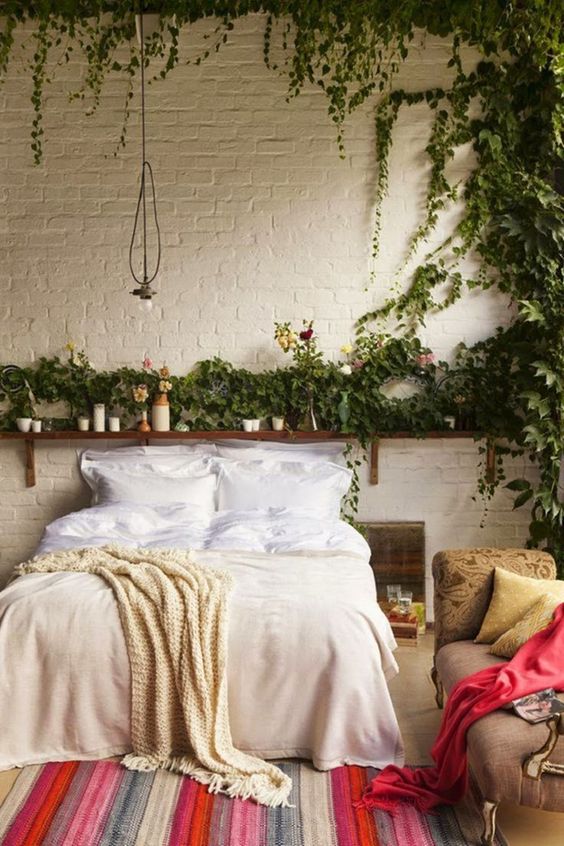 For an effect of heavy jungle, you need more plants for your bedroom. The vines growing on wall become the nicest idea to get this filled-plant bedroom decor. You may add another textural colors like striped & colorful area rug, hand-knitted throw blanket, and of course some wooden furnishing pieces. 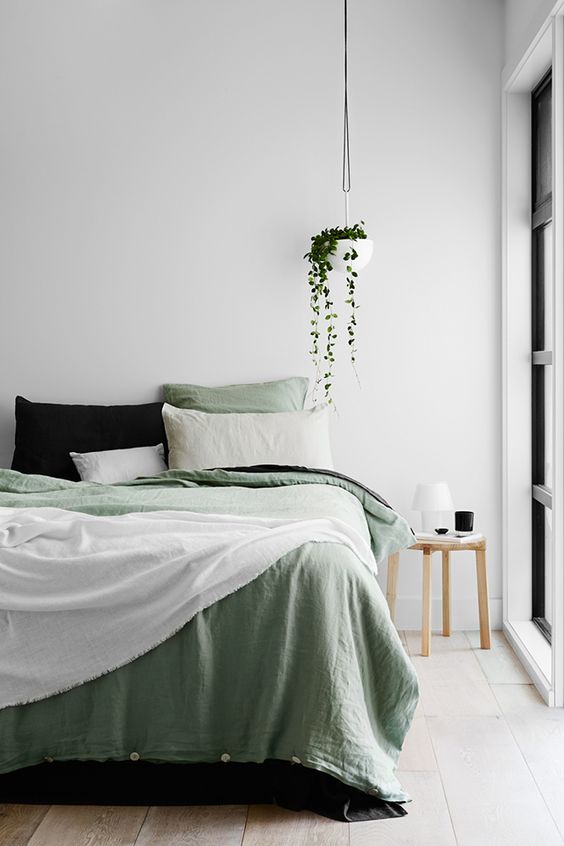 Totally different with the previous idea, this one just includes a minimalist greenery for bedroom. Being grown in a hanging pot is brilliant idea to save the space as well as to add a dramatic hanging room accent. Simple yet significant for such clean-look bedroom. 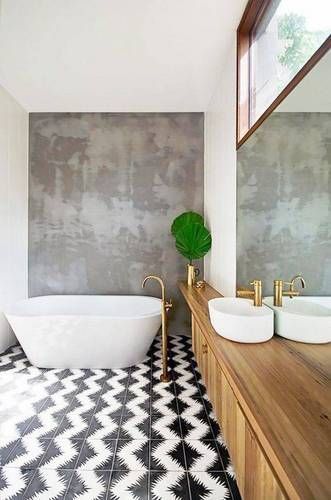 Just a little, not too much. This greenery has just added a new refreshment to this modern bathroom; the refreshment that gives a vividly green look to the bathroom – accommodating the need of style and nature-touch as well. Look at the color, it’s so adorable. 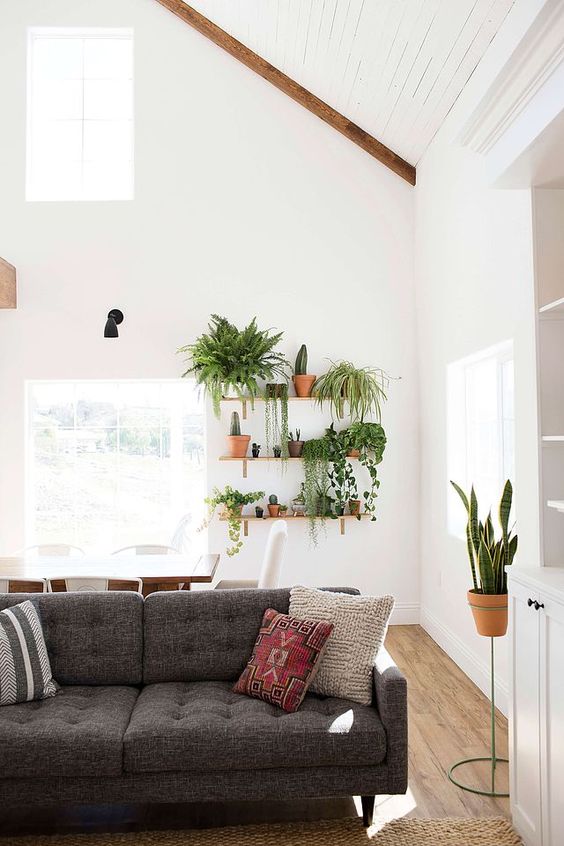 A cluster of greenery in light & airy living room. The greenery looks so stunning by its color shade – giving fresh and natural tone that’s so nice for relaxation. The greens also bring mass of contribution in clean & fresh air circulated to entirely space. 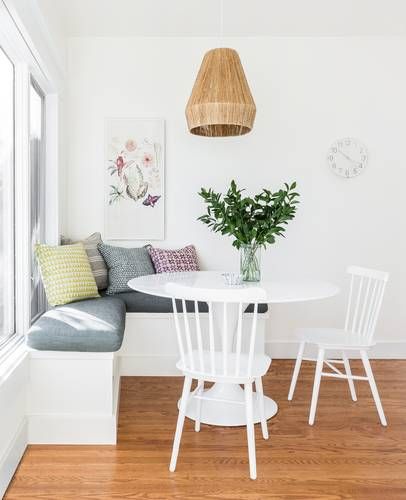 Make your greenery a centerpiece. Clear glass vase is the best pair for such greenery. Just use the little one and complement it with your favorite greenery. This little greenery would be a beautiful statement of your dining table. 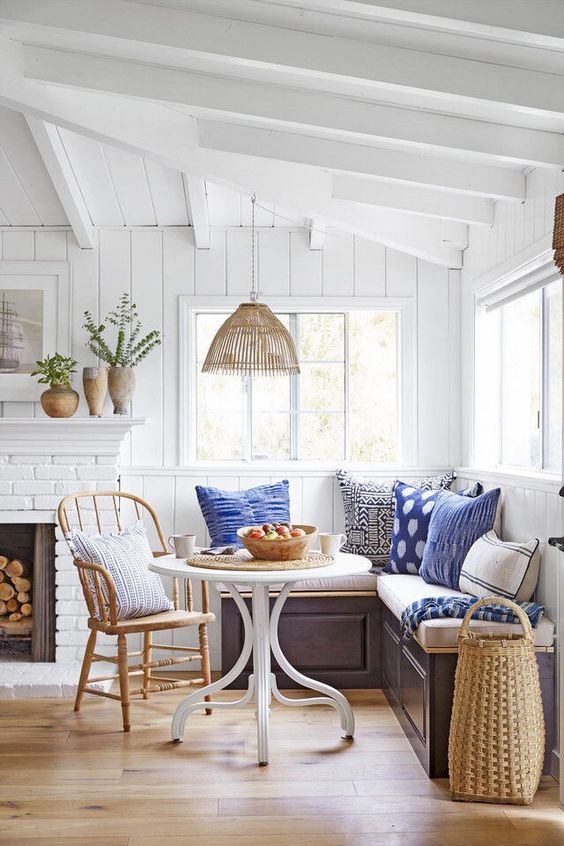 The same theme yet different style – a breakfast nook with some little greenery. This idea is well recommended for those that love everything’s well-organized. Put these greenery in well-ordered starting from the smaller one to the bigger one. To make them easily visible, just display them exactly on the fireplace’s mantel.

Totally right, greenery in the kitchen is less functional but you can optimize it as the ornament only. 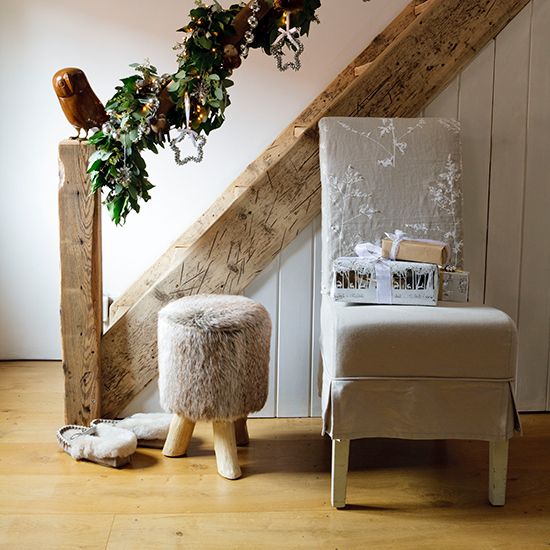 Simple yet full of ornate greenery for Christmas. It’s so easy to make it more attractive. Just roll the greenery in the stair’s hand-rail and add some decorative items. 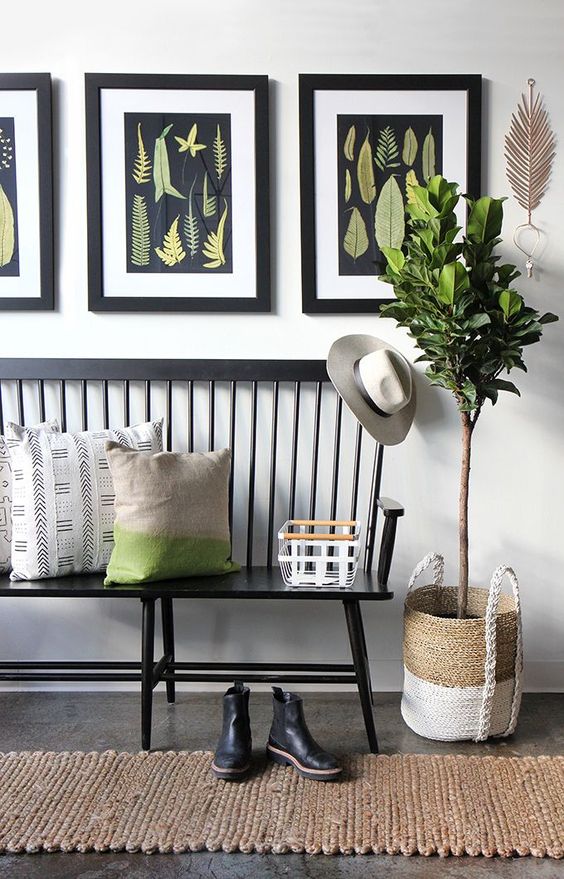 Elegant black featuring fresh green. It’s unique to use woven-technique natural fiber as the media for growing up the greenery. It’s totally creative as well as echo-friendly.